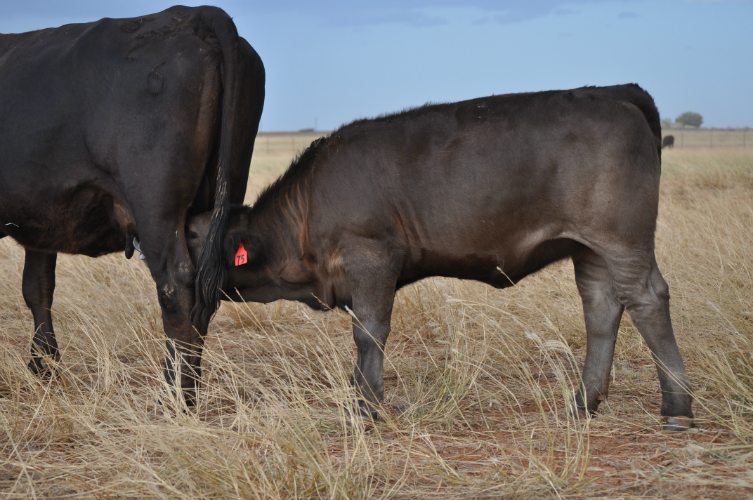 We kept this one. She turned out very nice! Has a good calf on the ground herself. 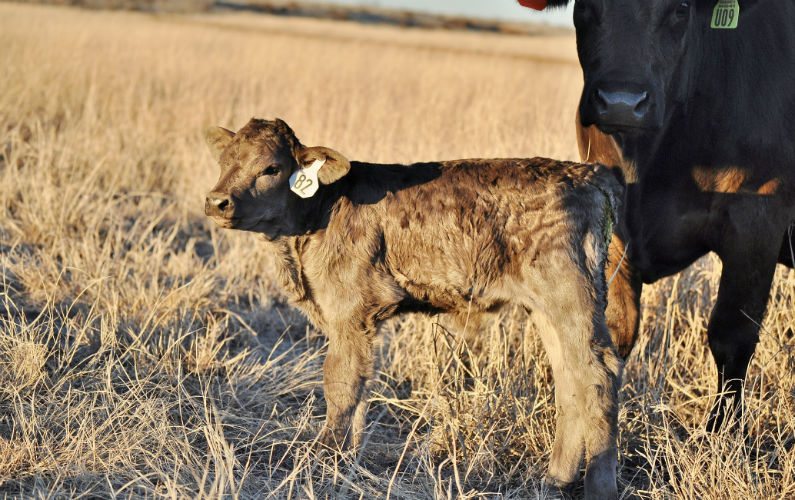 What a story. We needed to move these heavy bred cows to where I wanted them to calve. The dam of this calf had moved off, but did not show signs of having calved. We moved her, and I did not catch on that her behavior was that of a mother saying “I had a calf stupid”. 4 days later, I caught on to my mistake, we went to look for the carcass. We found this calf, having been in the pasture waiting on mom for 4 days! Did I mention we had an ice storm with 6 degree days during that period? This picture is the day after we found her. THESE CALVES ARE HARDY!! 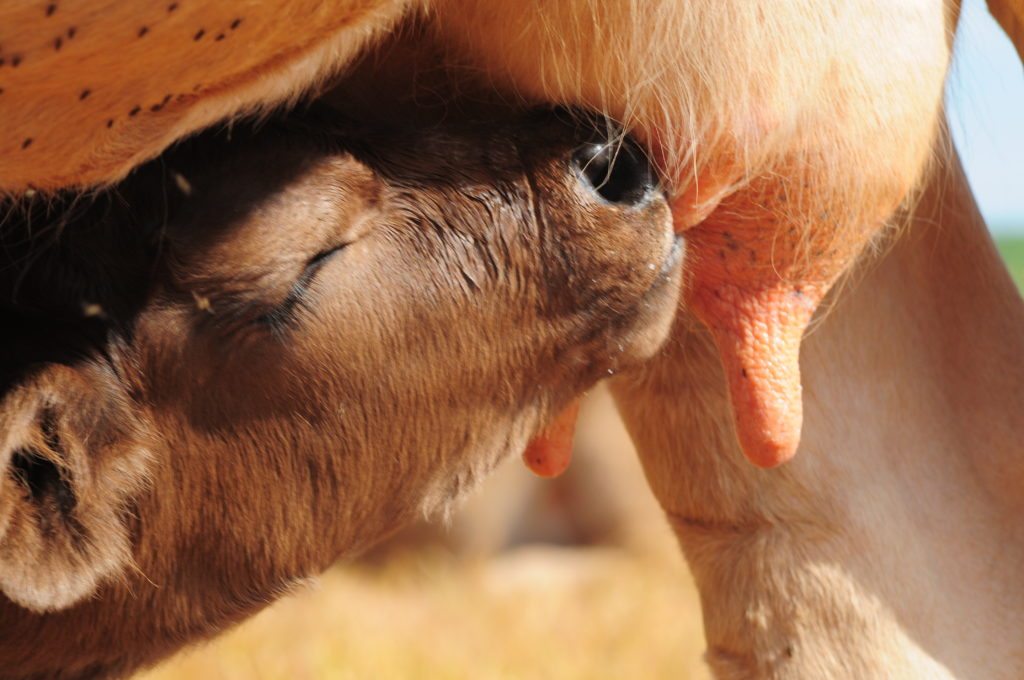 This may be my favorite picture. It is one of the things that makes these cows great….the Udder! 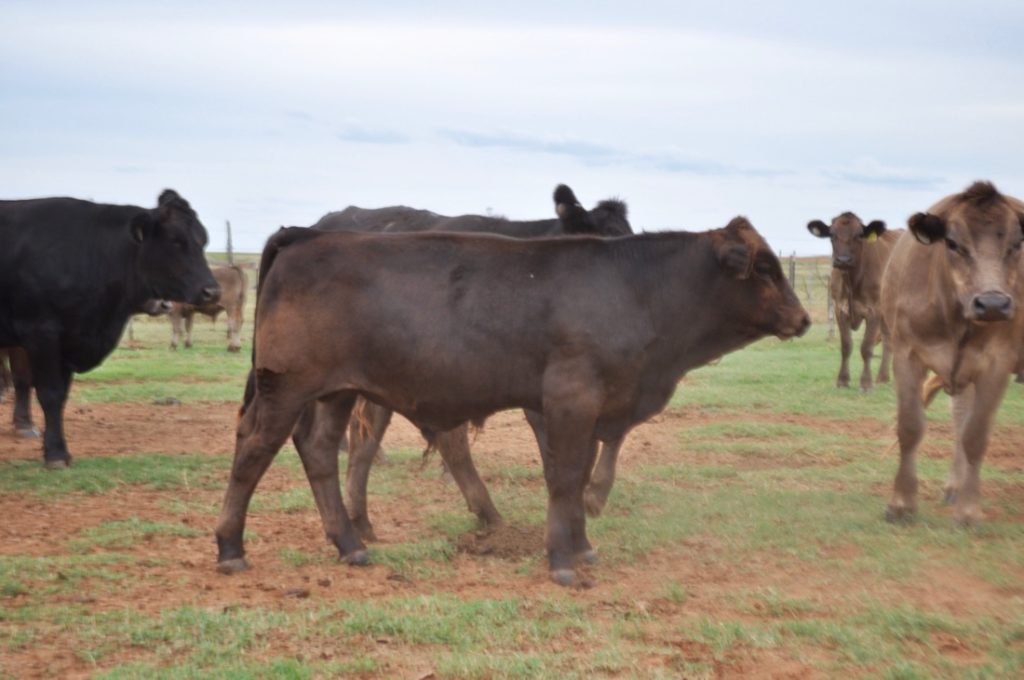 This bull is less than 6 months old. He is out of a Ranger son, to a 1/2 blood Wagyu cow….if the performance is there his carcass will make him a top prospect….he is a stout little guy! 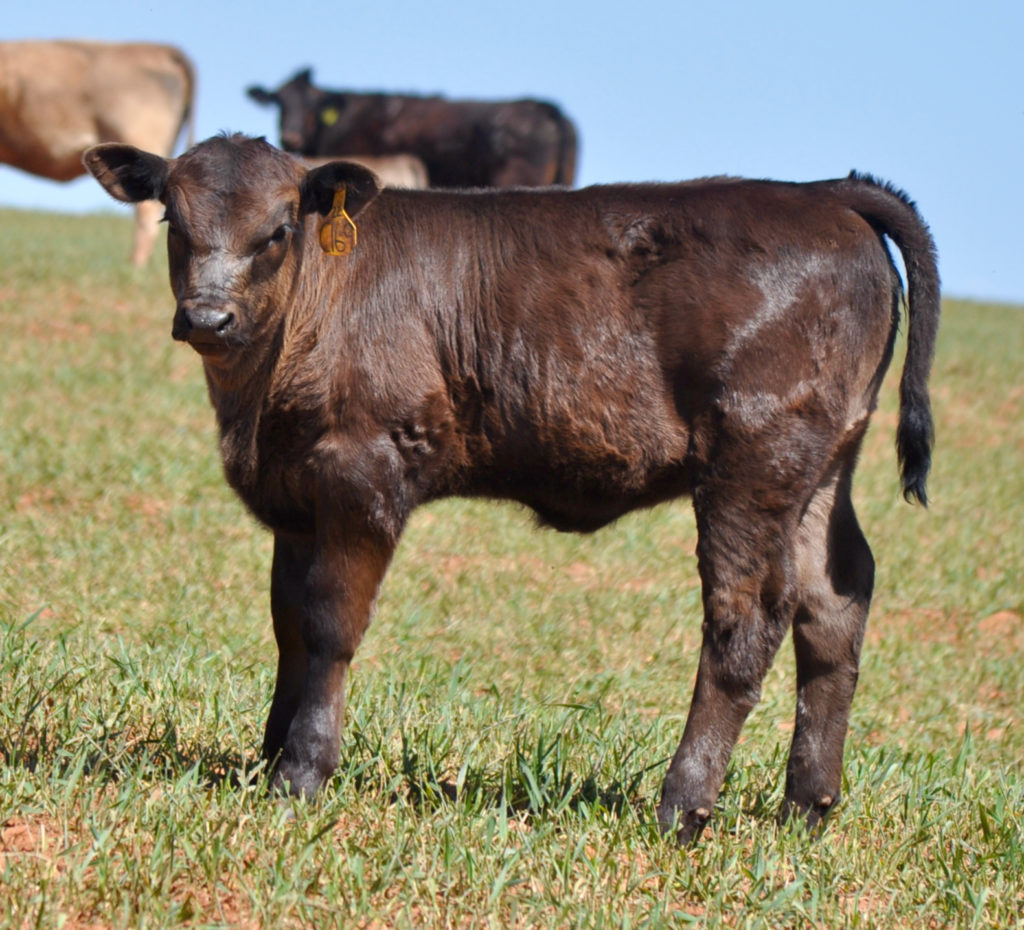 This is a very powerful little heifer sired by the 31W bull out of a purebred Y34 daughter.